Quick recap: Oh boy. So basically, all the guys want Nathan Detroit to find a place to host his gambling night but all these girls -dolls, if you will- keep mucking things up. 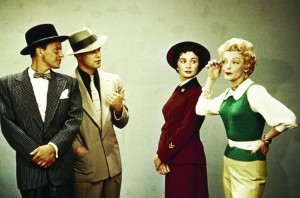 Fun (?) fact: There are very few contractions used for the dialogue. This was to make the characters’ lack of education noticeable, even though they tried to cover it up.

Brando and SInatra did not get along well during filming. Knowing he hated cheesecake, Brando kept flubbing his lines purposefully during the diner so that Sinatra would have to keep eating.

Watchability score: 5/5. The more I think about it, the more I love it!