Quick recap: A man and woman want to get it on but keep getting interrupted by the church, society and family. LAME. 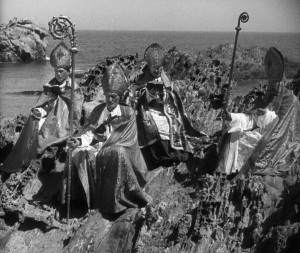 ruins the mood a little

Fun (?) fact: Director Luis Buñuel and Salvador Dalí were good friends but had a falling out before the movie was set to start filming. The first day on the set Buñuel chased Dalí off the premises with a hammer.

My thoughts: I don’t even know. L’Age d’or begins with a documentary about scorpions and ends with an orgy with Jesus so……. basically, it’s your typical French film. I started out somewhat interested, especially when it came to the scorpions. I have severe arachnophobia and I was just thinking to myself  last night how nice it would be to have a new fear and what better than another arachnid?? But then the scene changed to a bunch of soldiers who are fighting some religious guys and I was a little confused, but figured I would catch on as the film went on. And then in the next scene the religious guys were skeletons and a man and woman were trying to have sex in public and at that point I threw my hands in the air and just went with it.

The problem I had with L’Age d’or is not that it was all symbolic, but that it was symbolism I had never seen before. At this point, I’m just going to assume everything I watched was a reference to sex in some way. On the positive side, I learned a whole new crop of euphemisms for sexual repression: ‘kicking the violin down the street’, ‘cow in the bed’, ‘slap an old woman’, and my personal favorite- ‘ murder a child for no reason’. Fun times, I’m telling you. 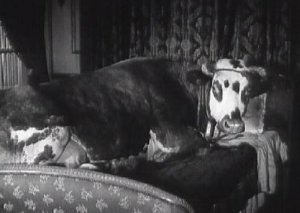 So, did the man and woman ever hook up?? I don’t know, kind of? At one point they were making out while a symphony played a few feet away and then they had each other’s hand in the other’s mouth, so I guess that counts as second base? The woman starts fellating a statue’s toe a little later on so I assume she wasn’t satisfied. At the end of the film, the two lovers are holding each other and having pillow talk- discussing how sleepy they are and how nice it is to murder children. And then the next scene the guy has blood all over his face. Luckily, I had checked out way before this scene came on and I wasn’t too traumatized. 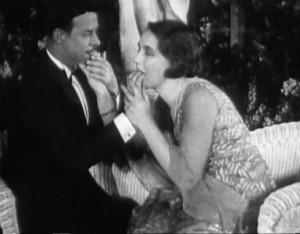 Final review: 1/5 and I don’t really think I need to go into detail as to why.

Quick recap: A woman falls asleep, except she’s not. There’s also a key, a flower and a knife that are important for some reason. And also a guy with a mirror face. Basically, what one would expect in a 14 minute art house film. 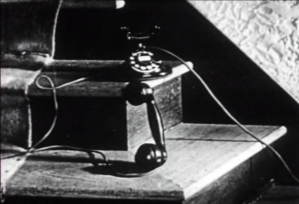 The phone is off of the hook! How deep! Such meaning!

Fun (?) fact: I’m out on the porch as I type this, and I think I’m about to watch a battle between a wasp and random bird.

My thoughts: If I’m going to be entirely honest, here are my exact thoughts as I watched this film: 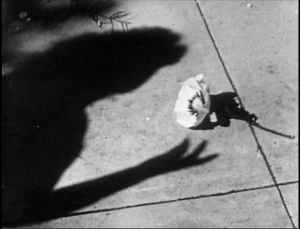 Is it a requirement for all experimental films to feature a flower? 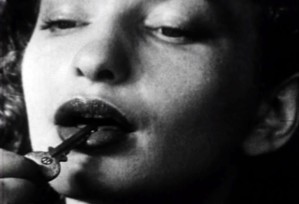 Gross! Is the symbolism flirting with death, because that’s what she’s doing putting that nasty key in her mouth. 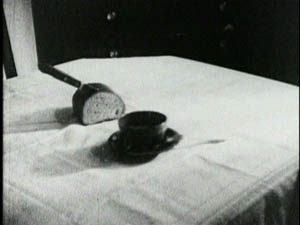 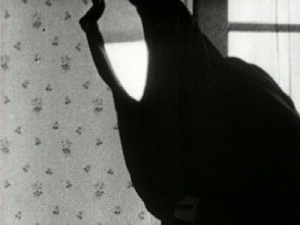 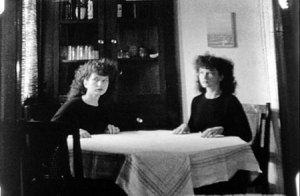 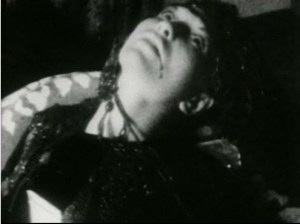 I could continue, but I think my point has been made. I got that the main character was asleep and I think I understood that she was in a dream but that’s about it. On one hand, I could take the time to analyze the film and research its true meaning, but that kind of ruins the ‘wtf’-ness of it all.

Final review: 2/5. The film was creepy, but overall all the symbolism turned me off.

Up next: My Night at Maude’s