Quick recap: Professor Kelp is tired of being bullied by everyone so he creates a potion to turn him into a stronger version of himself. What emerges instead is Buddy Love- a handsome but absolute jerk of a person.

Is it weird that the pigtails turned me off more than Professor Kelp’s nerdy look?

Fun (?) fact: Here’s some hot 1960s gossip for you: Buddy Love was apparently based off of Jerry Lewis’ partner Dean Martin. What a scoop!

Baby Professor Kelp is the most offensive part of the movie. Fight me

As my ten-year-old put it, ‘ That movie was………something. Not what I expected at all’. And to be fair, I agree wholeheartedly with him. When I suggested watching the movie together I roped him in by saying it was a light comedy. I think my exact words were, ‘It’s got NUTTY in the title! You can’t go wrong with that!’

It didn’t take long at all to realize how very wrong I was. The meanness of the bullies in the film didn’t bother me as much as I thought they would, which was surprising. Lewis worked hard to make sure everything was over the top in that regard. If I had to put my finger on it, I guess I felt mostly annoyed at the character of Professor Kelp more than sympathetic. Sure, the Dean of the college could’ve been nicer but this guy just blew a hole through a classroom on top of constantly letting football players stuff him into cabinets. And then there is the matter of Kelp having a mad crush on his student Stella, who looks 35 but wears pigtails for some unknown reason. I was so relieved when it came time for the transformation to happen because no matter what emerged, it had to be better than Kelp.

And here comes the second time I can admit being wrong- what emerged was not in fact better. Buddy Love, Kelp’s alter ego, may have been better looking but he was an absolute jerk to everyone, including his crush. Sure, Love could sing well and had a presence that made girls swoon but he was so awful. I did eventually have sympathy when Love transformed back to Kelp in front of everyone at the dance and admitted how awful both parts of him were. It was a really touching scene in a movie filled with so many cringeworthy moments.

The 1001 movies book that I get my research from made an excellent point that in some ways, Jerry Lewis playing Professor Kelp vs Buddy Love was showing Lewis’ public vs private side. The entertainer in different forms, so to speak. I don’t know much about Lewis to comment but I think that theme is one that almost anyone can relate to, to some extent.

Watchability score: I’ll go with 3/5 although my son would give it a 2. 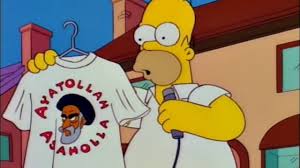 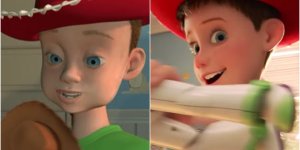 Quick recap: A judge dispenses good ol’ Southern wisdom with a lot of love and just a touch of racism.

Fun(?)fact:  Stepin Fetchit played Jeff Poindexter, a ‘stereotypical 19th century black male’ in Judge Priest. Despite mostly playing dim-witted characters on screen, Fetchit was considered very aggressive and cunning when it came to getting compensated like his white co-stars. He was one of the very first Black actors to fight for equal treatment in the entertainment industry.

My thoughts: If there is one thing I learned from this movie it is this: If you ever find yourself on trial in the Deep South, tell a story about your confederate great-great uncle while someone whistles Dixie. It’s apparently that simple. In fact, tying an issue somehow to the Civil War could really solve all of our current problems. See, many people in the South don’t believe that global warming exists and why should they? Right now it’s only affecting penguins and polar bears up north. However, rising oceans will become a problem very soon for states like Mississippi and Alabama, and there are a lot of confederate cemeteries there. Doing something about climate change pays honor and respect to those brave, racist soldiers!

Stepping off my soap box and back into this review, I really enjoyed most of this movie even though parts made me really uncomfortable. Judge Priest was a sweet guy and got along with almost everybody. And I think he was a good judge too, although a bit mischievous, like paying Poindexter to play Dixie to tug at the heartstrings of the jurors . Still, it seems as though 19th century Southern small towns weren’t really concerned with following all laws, as long as justice was served at some point. The beginning of the movie has Jeff Poindexter in front of Judge Priest, accused of stealing chickens. It seems an easy conviction until Priest reminds the prosecutor about various times he did basically the same thing. Maybe that wouldn’t fly in a big city but in this instance, people were satiated with the outcome.

It’s hard to land on a true opinion about this movie because so much of it is steeped in racist culture. Poindexter and Priest are considered friends but he still bosses him around and has him do unethical things for money as his puppet. And Aunt Dilsey is a sweet housekeeper but very stereotypical in that she lives for taking care of Priest and her main social activities consist of cooking and going to church functions. Still, there are glimpses that the director very much knew that these black actors were capable of so much more but maybe the audience wasn’t ready. It’s surprising to see a film about the South not completely turn into African-Americans being the butt of all the jokes. But maybe I’m just surprised because the bar is set so low.