Quick recap: War is hell, you guys. Especially during World War II. The focus of this story is on the battle at Guadalcanal against the Japanese. 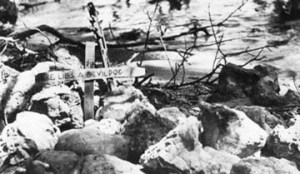 Fun (?) Fact:  The original cut of the film was just under 6 hours in length. In getting the film ready for release, many stars like John Travolta and George Clooney were almost completely cut out of the film. Adrian Brody in particular had a major role during filming, but by the time the movie had been shortened, he was left with about 5 lines.

My thoughts:  Before I get to my review, first a little background: when I finish watching a movie for the blog, the very first thing I do is go to random.org, which gives me the next number to watch. I then go to a list and find the movie that corresponds to the number chosen. So, this movie was chosen several weeks ago and actually I had planned on watching something else, until a friend suggested this one. All that to say that it was completely unintentional to watch a movie about war so close to Veteran’s Day. And since it happened that way, I would feel like a jerk if I turned this into a lighthearted post. I’ll lay off the memes for now (no Hitler cats this time), but there will be a double dose the next time around (Hitler cats for all!)

Seeing as this was my first Terrence Malick movie, I knew nothing of his director trademarks. Which I suppose is a good thing because it makes everything seem fresh. There are a billion war movies out there, but this one has its own perspective and to me, stands out above many others. One of the more brilliant parts of the film, and now I know, a trademark, is the focus on nature. At first, the long shots of the forest and ocean seemed to slow everything down, but later became poignant once the battle started. In a way, it made the war seem even more real, rather than just watching people’s heads being blown off. I’m still not sure the entire meaning, but in focusing on the birds after watching mass casualties, it was as if to say that war is hell, but life will continue. This island is being torn up from both sides, and yet, life continues. And after everyone has left, the earth will repair itself,albeit with scars, and then life continues.

The movie did seem to drag on from time to time. I’m not a big fan of war movies to begin with, so I admit to some bias against the genre. The first battle scene just seemed to continue forever, and it was frustrating to keep up with everyone. I would see someone die on screen and then try to remember if they were a main character or not. Which I guess is another point of the film? The characters were ultimately not as important as the themes, such as nature. Once I gave up trying to find everyone, I enjoyed the movie much more. And in looking back, I imagine that the many battle scenes are much closer to how it really was- no one knowing who all was alive or dead, everyone on their own, trying to survive. That’s not to say that anyone was selfish, but in that situation, I wouldn’t be thinking about America, just about keeping myself alive.

It’s hard to say, but I feel like Malick did a wonderful job capturing how frightening war really is. I know about World War II and the sacrifices made, but seeing it through the eyes of these young men made me stop and think. Many were just kids, with about as much experience as the next guy. They were forced into something they knew next to nothing about and were told to fight. And through all the terror and pain, they did their job and they did it will. It might not be the message of the film, but it’s the one I’m taking home.

Final review: 4/5. The movie went over my head many times, especially during the voice-overs. It was all very philosophical and confusing, for the most part. This isn’t your typical shoot ’em up war movie and not everyone will appreciate it. But I think it’s an important film, and it’s refreshing to see a different story being told.

Up Next: The Lady Eve