Quick recap: This is the one about the gay cowboys.

Fun (?) fact: Annie Proulx, author of the short story of which Brokeback Mountain is based on, sent autograph copies to the two main stars. She addressed one to Jake Gyllenhaal but the other she accidentally addressed to Ennis instead of Heath Ledger, because she felt he was the perfect representation of that character.

My thoughts:  I saw Brokeback Mountain for the first time in 2005 at a small theater in Lufkin, Texas. I had recently ‘come out’, so to speak, as liberal and felt that this is the sort of movie I should see. I can’t say that I have always been an ally for LGBT rights, but in sitting in that theater and listening to the slurs being yelled out to the screen from the audience, I knew it was the right thing to do.

I don’t believe Brokeback Mountain to be the best representation of the gay culture, past or present, but I do think the movie serves a purpose to a certain extent. For a girl growing up in Texas, I really didn’t have much knowledge about what it meant to truly be gay. I guess I always saw it as a sexual thing, since that is what everyone focused on, instead of the more simple idea that two people love one another. And then when I saw the relationship between Jack and Ennis in the movie, it really opened my eyes to the whole concept of homosexuality. In watching the film a couple of nights ago, I still didn’t find the sex scene very romantic, or many of the other scenes when the characters made out. But I recognized the love and passion the two had for each other. It was even more evident when contrasted with their marriages to the women they settled with. The kicker for me was the last scene with Ennis and the shirt. I normally don’t hold back on spoilers,but I did on that one because I reacted to it the same way I did back in 2005. It broke me.

As for the ‘technical’ aspects of the film, I felt that Jake Gyllenhaal was more recognizable as a gay character but it was Heath Ledger who really owned the emotional mess his character was in. And because of that, I agree with Proulx that his acting was more believable. The scenery was gorgeous and still makes me want to visit the area at some point in my life. I also loved the choice of music: simple so as not to distract from the plot, yet helping the emotional scenes resonate even more.

Despite all of the victories this year for LGBT rights, we are far from over. There are many places where being called ‘gay’ is still the worst thing you can say to a person. And even for the more liberal cities in America, a stereotype still lingers as to what ‘gay’ looks like- and it’s certainly not a pair of cowboys. I’m not sure people who are homophobic would watch this movie and turn their beliefs around, and in fact, with a few of the explicit scenes, it’s bound to cement what they believe even further. But the movie is a good reminder of how things used to be, and in many parts of the world, still are. And hopefully, maybe in 20 or 50 years, Brokeback Mountain will be the kind of classic that we look back on and have trouble fathoming a world in which so much inequality and hatred existed. 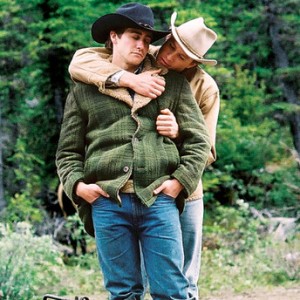 Up next: Murmur of the Heart or Kiss Me Deadly

One response to “#65- Brokeback Mountain”