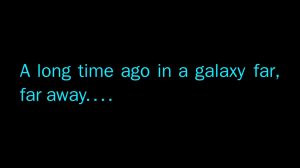 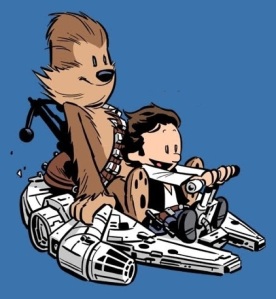 My thoughts: So, I’m just going to get this off my chest: I loved Episode I. A little explanation first- I saw Episode IV for the first time in 8th grade, right before Episode I came out. Before then, I had always dismissed Star Wars as a silly sci-fi movie and would’ve never sought it out on my own had it not been for a few friends of mine. Once I saw the trilogy, I was hooked completely. So when Episode I came out a few months later, I got caught up in the hype. It never occurred to me (until much later) to think of Episode I as sort of awful because I was there as part of a community, not as a critic. I admit to buying Lay’s potato chips and Pepsi products simply because there was a Star Wars tie in (side note: I won a Queen Amidala phone from a potato chip bag and it was kind of a crummy phone considering she didn’t have too many catch phrases besides, ‘ I am Queen Amidala’). All that to say that I’ve always been afraid of revealing I like Star Wars because I don’t know the names of the ships or even many of the characters, yet I still love the series. Star Wars is the very epitome of American pop culture and I think there is something worth celebrating in that.

I’m not sure how many times I have seen Episode IV, although I doubt it is as much as Empire Strikes Back. Still, it has its merits, none of which I will be discussing here. Why? Simply because Star Wars has been analyzed in every corner of the internet at this point, even THAT corner. You know the one I’m talking about (I’m talking about the original Space Jam site which is STILL up, if you can believe it). My own analysis would add nothing to the conversation, plus I just don’t feel like researching to make sure I get every fact straight. Instead, I bring you a few stray observations:

Final review: 4/5. I’m anxiously awaiting Empire Strikes Back because it really is the best.

Up next: Meshes of the Afternoon