Quick recap: Robin Hood- that guy who stole from the rich to give to the poor and who also had an enormous tights budget, apparently.

Seriously, I rip my tights just trying to get them on. Either he was loaded and bought an endless supply or he was magical and never ripped them.

Fun (?) fact: The sound of Robin’s arrow can be found in nearly all of the Star Wars films. 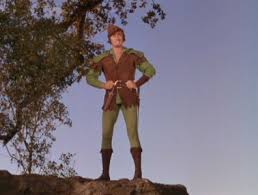 I too am a mere commoner! Watch as I put my hands on my hips and throw my head back for a hearty laugh!

My thoughts: The Disney version of Robin Hood was a favorite of mine as a kid so it was neat to see where so many of the scenes came from and to appreciate how perfect the animals were for each role. Robin Hood is totally a fox! Bess is definitely a hen! This is normally where I would put up a picture as reference but even I was surprised by the amount of Furry pictures related to this movie. 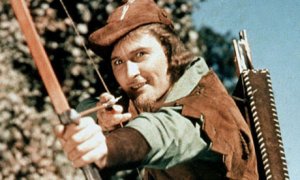 Errol Flynn….IN TECHNICOLOR! I hope they just said this over and over again in the trailer, with an echo for added effect

The lore of Robin Hood has been around for centuries, proving that people always love a good hero story. After watching the movie, even I briefly considered learning how to sword fight because it looked so badass. Despite being made in 1938, I think the film could still have an impact on younger generations, if they would give it a chance. Youths, you know. The story is a bit more complicated than your typical adventure movie, but I think it still resonates.

Errol Flynn made for a great Robin Hood, and I loved how amused he seemed by everything, even when he was captured at the archery tournament. From what I have seen in these early adventure films (The Thief of Bagdad comes to mind), heroes didn’t take themselves too seriously, despite knowing that they were fighting evil. I can see how the story of Robin Hood could’ve been a dark one, and there is plenty implied in this version about the suffering of the Saxons, but I prefer something a little more lighthearted.

The few drawbacks from the film were little things, like the weird accents that faded into different nationalities and the use of TECHNICOLOR. I love color as much as the next guy, but this was a bit overkill. When it is called TECHNICOLOR though, I wouldn’t expect any less.

Up next: The Day the Earth Stood Still