Quick recap: Red. The color of pomegranates is red. And sometimes pink, but mostly red.

I’ve seen a lot of life hacks about eating pomegranates, but this is a new one

Fun (?) fact: Director Sergei Parajanov once said that the American public didn’t understand his movie because people ‘are going to this picture as to a holiday.’

My thoughts: The Color of Pomegranates is about the life of Armenian poet, Sayat-Nova. Despite being a a biographical film, there isn’t really a plot, or words, or characters or anything that would help me understand what I was watching at any point in time. So instead, I took everything at face value and came up with a few highlights to share with you about Sayat-Nova’s life: 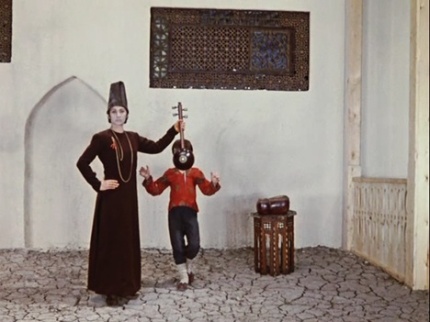 As a young boy, nothing made Sayat-Nova happier than dancing while his face was obscured with an instrument 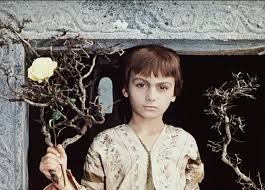 His real passion, as we will see throughout this film, was holding stuff

From his angsty teenage years

Sadly, Sayat-Nova died. His many friends attended the funeral

Now, it could be that director Sergei Parajanov put everything in here as a symbol, but as a stupid American who doesn’t appreciate good film, I wouldn’t know better.

Final review: 1/5. Supposedly this is a gorgeous film with a ton of meaning, but it went WAY over my head.