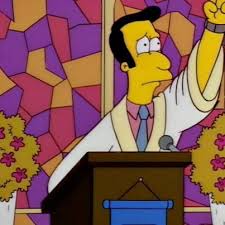 I remember another gentle visitor from the heavens. Who came to earth… and then died… only to be brought back to life again. And his name was: E.T., the extra-terrestrial. I love that little guy.

Fun (?) fact: E.T. is actually a plant-like creature and neither female or male

My thoughts: This movie has been a favorite of mine for as long as I can remember. Back when VCRs were hella expensive, Three-year-old Me would carry around the VHS tape everywhere I went on the off chance someone would feel sorry for me and let me watch it. It wasn’t until I ended up in the hospital when I was 5, that I finally got my hands on a VCR proving that a) sometimes you have to go to extremes to get what you want  and b) Chicken Pox is no laughing matter.

I’ve sat through E.T a handful of times as an adult and each time I’m amazed by how much the movie still affects me. I choked up as always during the scene when E.T and Elliott are in the bathroom dying, but there was this added layer to the movie where I identified more with the mom than I have in other viewings. It was almost as if I was watching something for the first time, noticing what the mom is going through as she deals with a separation on top of taking care of three kids, one of whom brings in an alien that almost kills him. It’s a lot to take in and though she doesn’t always handle things perfectly, she sees the bond Elliott and E.T have and she respects it, even though the consequences are so serious.

On paper, this movie looks like it would be a major train wreck. This kind of cutesy-buddy story about an alien and boy just doesn’t work most of the time, as evidenced by the many copycats that came after *ahem* Mac and Me. But throw in Spielberg and John Williams and you are at least heading in the right direction. There are so many iconic scenes in this movie- the bikes flying in the air, E.T and his glowing finger, and the score is still my favorite from everything Williams has done. I don’t know how an adult might react to viewing this film for the first time, although I can predict that it would probably be negative. The film itself is shot through the perspective of a young boy because it is a movie meant for children. It meant so much to me as a kid and I carried those lessons with me through adulthood.

Up next: The Last Wave