Quick recap: An astronaut lands on a mysterious planet where Man is the inferior race, ruled over by Apes.

Fun (?) fact: Actors were required to keep their ape-masks on at all times during filming because makeup took so long. As a result, lunch was mostly liquified and fed through straws. Yum!

My thoughts: My gift to you, dear readers, is that I promise not to mention a certain ape who was cruelly taken from our lives just a few months ago in Cincinnati. EVEN though evidence suggests he was most likely an ape from the future, here to warn us about Man’s destructive path. #ripHarambe

Moving on, Planet of the Apes is probably the best B-movie that’s not supposed to be a B-movie. The main plot about apes ruling over Man is so ridiculous yet it works. There is SO much to laugh at: the overacting by Charlton Heston, the crazy rubber masks that creeped me out, and I still left the theater that night knowing that I had watched something truly profound.

As much as I hated Charlton Heston in this film, and BOY did I hate Charlton Heston, he was still the absolute best choice for the role. It’s his anger and impulsiveness that only remind the apes that they have made the right decision in reducing Man to a wild species, yet he was supposedly the ‘hero’ in all of this. It’s what makes this movie so much more than just a Science Fiction story- the idea that who we hail as ‘hero’ may actually be the opposite. I never really liked him to begin with, although that may also be because I knew about the big reveal beforehand. It could also be because I was really creeped out by his and Nova’s relationship. I mean, yes, she was a human, but in this future, she was basically a wild animal. And he wanted to restart society with her? I guess someone has to be the one to bite the bullet but on the other hand, ew. 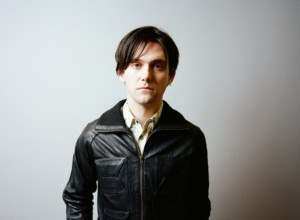 Please hold me, you damn dirty apes. ( If you get this reference, I love you, whoever you are)

Final review: 5/5. I know the sequels are just plain ridiculous but now I want to see them