Quick Recap: It’s the Beatles! doing Beatle things such as running away from screaming girls, giving cheeky answers to reporters and of course playing lots and lots of music. Also, Ringo leaves the band for a second but then comes back to his senses. Very cheeky, indeed. 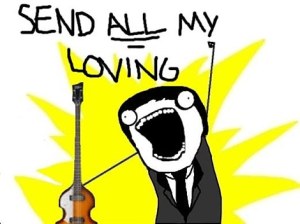 Fun (?) Fact : The title for the movie came from an interview Ringo gave, in which he said, “We went to do a job, and we’d worked all day and we happened to work all night. I came up still thinking it was day I suppose, and I said, ‘It’s been a hard day…’ and I looked around and saw it was dark so I said, ‘…night!’ So we came to A Hard Day’s Night.” Got it? 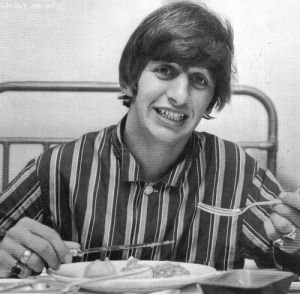 Not the most handsome Beatle, but he made the movie much more entertaining

My thoughts: I had high expectations for this film since I, like almost everyone else, love the Beatles. I love them, though, in the same way I love Star Wars: I’m a casual fan and wouldn’t ever claim to know everything there is to know about the subject. I guess it’s important to mention that in this day and age, the Beatles are seen as perfection. When I think of The Beatles, I automatically think of their later work when they all had long beards and were bigger than Jesus.  So, it’s interesting to see this side of the band in this movie- just four young men trying to handle worldwide fame and still stay who they are in the process. Most of the movie reminded me of a group of monkeys (called a congress, apparently) being let out of their cage for the first time. They run everywhere, saying their lines at such a rapid speed that it is hard to keep up with who is who. And that’s sort of the point. This is not your typical boy band, with the fun guy, the hot guy, the sporty guy and so on. John, Paul, George and Ringo are an ensemble. They work best when they are altogether, as evidenced in one scene when they are all having to give separate interviews to hoards of reporters. Each question is as mundane as the one before it and the guys can’t wait to escape and just have fun for a bit before going back to work. The highlight of the movie is, of course, the music. Although I enjoyed the dialogue and seeing John Lennon in a bubble bath, it was the music that remained the most exciting. The last scene of the big concert was bittersweet. The Beatles had such stage presence. I could tell that they enjoyed each other and loved their music. And yet, in 2013, I know how the story ends. It was sad to think that in only a few years they would be broken up, and years after that, Lennon would be shot dead. If anything, this movie was a great reminder of what used to be, back when they were just an excellent band. 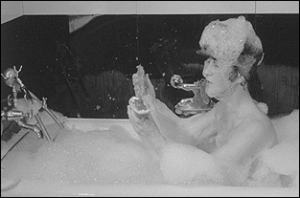 I always saw Lennon as pretentious, but then this scene makes me love him a little bit more

Final Review: 2/5. In the end, this movie was fun but forgettable. I don’t think I would want to sit through the movie again, although it did make me put all of The Beatles discography back on to my phone the next morning. I forgot to add that the character of Paul’s grandfather was rather creepy. He played a troublemaker who pitted everyone against each other. 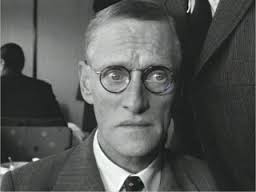 Where I watched it: Netflix DVD

Up Next: Dr. Strangelove