A big thank you to S for recommending this movie. My favorite part was that it was an ‘art house’ film that didn’t make me want to drink heavily.

Quick recap: Johnny Depp plays William Blake (not the poet), an accountant on the run from the law. After murdering a guy, Blake is shot. Thus begins his journey as a dead man (wanted for murder) and a dead man (because he got shot). 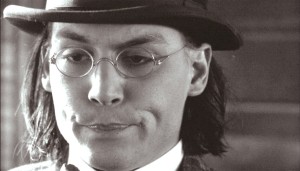 Fun (?) fact:  Many of the lines spoken by Nobody are taken from the real William Blake’s poetry.

My thoughts: My thoughts on Johnny Depp the actor are as follows: I have none. I’m aware of his career and I’ve seen many of his films but I wouldn’t call him a favorite by any means. Or even an actor that I hate (yeah, Bill Paxton, you’re still number one for that). I don’t really think it’s that big of a deal that he has done so many films with Tim Burton because he is well suited for those roles. It is nice, however, to watch a movie like Dead Man and be reminded how talented Depp really is.

Of the many aspects of the film, it was the scenery I was drawn to most. I read trivia that cinematographer Robert Müller ‘s idea to shoot in black and white was based off of Ansel Adam’s photographs. For a fantasy film, the setting was entirely realistic and I imagine that’s exactly how it would’ve looked and felt back in the 19th century. With the school year starting, my wanderlust has picked back up and I now find myself fantasizing a trip up north to make my own trek through the woods that Blake and Nobody rode through. 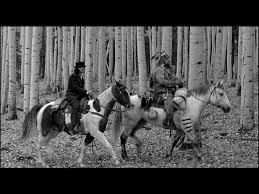 What interested me most about Dead Man is that although there are plot elements, the emphasis is really on the journey. There aren’t any monologues concerning Blake’s thoughts on his impending death or what he will leave behind. He is just along for the ride and for whatever happens. The scene where Nobody brings him to his tribe is a great example of this, as Blake just lays there and watches what is being done around him. He doesn’t fight death or argue about it. It just is.

Final review: 5/5. I’m shocked at this rating because immediately after watching it, I had planned on giving it just a 3. Considering I’m still talking about it to people and thinking about the meaning behind some parts, I felt it best to bump it up to a more deserving score. 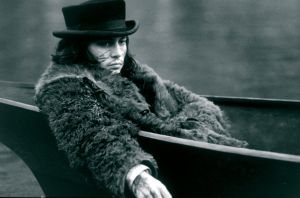 Up next: The Thin Blue Line