Quick recap: Director Julian Marsh has been hired to put on a musical, even though he is very close to a nervous breakdown. Of course, nothing goes right and hilarity ensues. 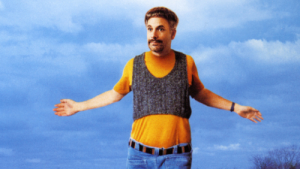 If there’s one thing I love, it’s a stereotype about over-stressed directors

Fun (?) fact: A line in the song ‘Shuffle Off to Buffalo’ says ‘I’ll go home and get my panties’, which is sung by the male lead. Back in the 1930s, ‘panties’ was a synonym for ‘underwear’, so men used the word too. 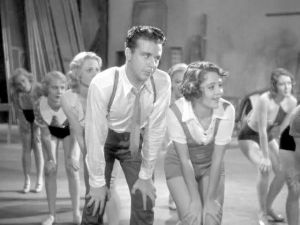 probably thinking about his panties

My thoughts: 42nd Street is the chicken noodle soup of movies-comforting, well known, satisfying and also a little bland. It’s the kind of film I could probably watch a few times without getting bored, but not one of my favorite movies I keep coming back to. And that’s ok sometimes.

When I think of the musical genre, 42nd street is the kind of film that pops in my head- something all-American, with a bunch of theatre stereotypes and big, flashy numbers. No songs stuck out particularly for me, but I enjoyed them nonetheless. This isn’t really your typical movie musical though, because no one bursts into song at the drop of a hat. Instead, all of the dancing and singing is isolated into the rehearsal, which I loved because the movie was about the making of the musical and so the musical itself didn’t really have to make sense. You do get to see a few numbers at the end, to see how everything comes together, but I liked not knowing what the musical was supposed to look like. It all felt like a hot mess, just like director Julian Marsh saw it.

The plot and acting was a little bland for me, but maybe it’s because I’ve seen the situation play out on so many sitcoms and kids’ television programs. Basically, a small town girl, Peggy, is cast into a tiny role but through various circumstances, ends up as the lead and does a perfect job. Meh. The star of the musical, Dorothy Brock, was temperamental, but not necessarily evil. She is dating the financier of the musical, even though he is clearly not her type because if she loses him, there will be no show. That part of the plot seemed the most familiar to me for some reason….. 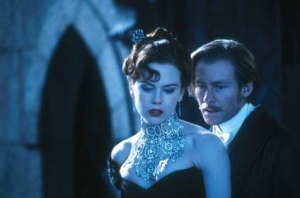 Final review: 4/5. The dancing was phenomenal and the rest of the film was decent enough to watch again.

Up next: Last Year at Marienbad