Quick recap: Joe Gideon is so busy with his job as a choreographer, as well as keeping up with his girlfriend, ex-wife and daughter that he doesn’t pay attention to a life threatening heart condition. 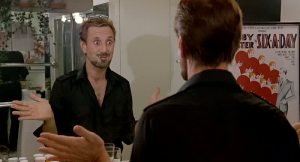 Always with the jazz hands, or ‘Fosse hands’, since this is basically a biography about Bob Fosse

Fun (?) fact: Shirley MacLaine says that she is the one who gave Bob Fosse the idea of All that Jazz while he was recovering from a heart attack. 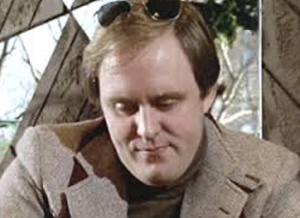 John Lithgow in All that Jazz

My thoughts: I had no idea who Bob Fosse was before watching All that Jazz, which is kind of ridiculous considering my love of Chicago and my like of Cabaret. Not knowing who he was didn’t detract from the film, even though it is a thinly veiled biography about his life. Instead, I researched his life afterward and it made the ending (which I’ll get to in a minute) all the more sad. I think that if I had known about him beforehand, it wouldn’t have had the same emotional impact that it did.

Essentially, All that Jazz is about a dying man who either doesn’t know he is dying, or refuses to believe that he is. The very first scenes show Joe Gideon in his element, casting the dancers for his new show and flirting with just about everyone. And then there is a scene with Gideon where he appears to be backstage with a woman all dressed in white. He is flirtatious with her as well, and it took me awhile to figure out the structure, that this wasn’t part of his real life, but a way for the audience to gain insight into who he was and where he started. Throughout the entire movie, I don’t think I could call Gideon loveable or even very likeable, but a part of me still rooted for him, and even during the final number where he sings about dying, I hoped he would pull through. In a weird way, I was in my own state of denial that this would be the ending, even though Fosse foreshadowed the death from the very beginning with the woman in white. I also loved the scenes that started each day, with Gideon in the shower, popping pills and then doing jazz hands in the mirror. His energy is drained eventually until he can’t even say his line, ‘It’s showtime, folks!’.

I could go on for several more paragraphs about this movie but I’ll skip ahead to the scene that impacted me most. As Gideon slips further and further into his own mortality, he starts hallucinating about the people he cares for, in the form of musical numbers of course. The final number is the one that did me in, with Gideon singing, ‘I think I’m gonna die’. It’s the perfect finale and lasts for almost 10 minutes, as he sings and works his way through the ‘audience’, full of friends, family and co-workers he wants to say goodbye to. What made this so sad for me was that all of this was going on in his head and he never actually got a chance to really say what he wanted to say. I wouldn’t say that his life was filled with regrets, but he was the sort of person who lived for the moment, and not really the future.Had he taken better care of himself, this could’ve all been prevented. It just seemed like a realistic depiction of how many people die, with loose ends. The woman in white shows up and Gideon starts moving toward her, as the number begins to wind down. It was beautiful the way he was shown slipping away, and then the last scene was of the dead body being put into a bag. It was such a cold, jarring ending that made me feel as if I had lost someone I personally knew, and wasn’t really watching a movie. 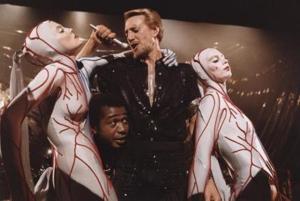 Final review: 5/5. I’m tempted to watch it again before having to mail it back to Netflix, I loved it so much

Up next: The Kid Brother