Quick recap: A couple divorces, due to perceived infidelity. They soon realize, however, how much they love each other and separately scheme a way to reunite. 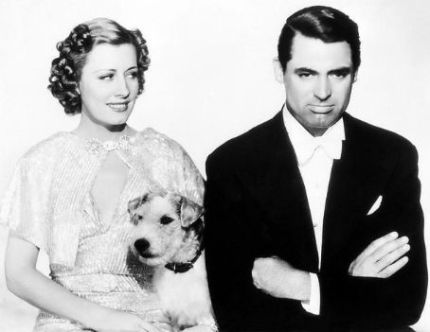 Fun (?) fact: Most of the film was improvised. Director Leo McCarey would set up a situation, give a starting line and then see what the actors would come up with. It ended up working out beautifully but also sounds like a train wreck waiting to happen.

My thoughts: First of all, if you have not done so yet, go and download the podcast ‘You Must Remember This’. It is phenomenal and listening to it has given me the energy I need to get through these older Hollywood films. There are a wide range of topics, but my favorite so far has been about the ‘golden age’ of Hollywood. And also the Manson murders, but that has nothing to do with this movie, I don’t think. Then again, there might be a 6 degrees Kevin Bacon game going on there that I don’t know about.

I have generally disliked movies from the 30s because so much of the acting has seemed like, well, acting. But The Awful Truth is a wonderful exception to this self-made stereotype, thank god. The first few minutes had me worried for a bit that this was going to be about rich white people with no personalities (which is still somehow a thing), but then Irene Dunne, as Lucy, walked in and I fell in love. The movie wastes no time in getting to the accusations of infidelity and I was so charmed by the banter between Lucy and Jerry, played by Grant. How charmed, you ask? Charmed enough to use the word charmed in a sentence! The two just seemed so natural together and obviously miserable apart. I’m not one for romance, but I was actively hoping they would get back together very soon.

I also loved The Awful Truth because it was so progressive for its time. Lucy is a strong woman on her own and I loved watching her match wits with Jerry. She kept getting in crazy situations, but not necessarily because she was a woman who didn’t know any better. And Jerry didn’t have that roughness men from the 30 seemed to have, where they might be romantic but underneath still knew they were in charge of the situation. He seemed genuinely in love with Lucy and hurt she would betray him. The last scene, too, was shockingly modern. After the two rekindle their relationship (c’mon, you knew that was coming), a clock is shown but instead of a cuckoo bird popping out, there is a miniature Jerry and Lucy emerging from separate doors. The little Jerry meets with little Lucy in the middle and then follows her to her side of the clock. It was a clever way to indicate hooking up and I’m impressed it was left in by the censors. 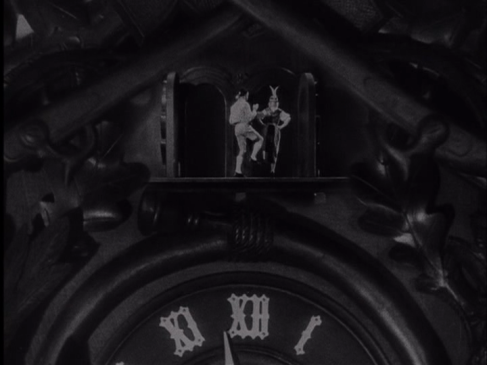 Up next: The Good, The Bad and The Weird