Quick recap: Travis Henderson (played by Harry Dean Stanton) is a man who has lost everything. With help from his brother, Travis slowly acclimates back into society and hatches a plan to reunite with his son and wife. 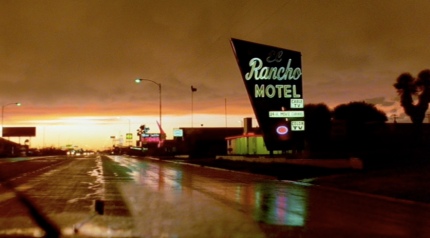 My thoughts: Oh my god, I want to go to West Texas. I say that a lot, but this time I’m super serious, you guys. Watching Paris, Texas brought about this wanderlust that I haven’t felt in a long time- like, since a week ago. Will it actually make me load the car and set out on an adventure? Probably not, until the next time I watch something beautiful and then I’ll start the process all over again.

So, yeah, this film is perfect to just stare at. In the least pretentious way I can put this, every scene is a masterpiece. Every conversation, every person staring off into the distance, every lingering hug felt Important and Meaningful, even when maybe it wasn’t. This is one of those movies I could see myself putting on when I’ve had a bad day and just want something pretty to take my mind off of things. According to the IMDb trivia section, Kurt Cobain and Elliot Smith considered this movie to be their favorite and I can totally see why.

That’s not to say I was enamored with the plot, though. My biggest issue is the treatment with the 8 year old, Hunter. I get that Travis wanted his family back and it’s great that at the end he realized that this wasn’t the way to go about it, but who the hell leaves their kid by himself in the middle of Houston?? Now, I live in Houston and I think it’s a wonderful place, but that’s just crazy. No amount of well intentioned hipster self-discovery is going to change that. The director wanted me to identify with the protagonist but Realistic Me just couldn’t see past what Travis was doing to that little boy. And believe me, I teared up when Hunter reunited with his mom but what if she didn’t want to see him? It’s like, ‘ I know you left your kid 4 years ago because you couldn’t handle parenting and now you work in a strip club in Houston, but surprise! Here’s your kid again and I’m going to disappear for you to figure it out all over again!’ What an ending.