Quick recap: Hijinks at a hospital during the Korean War? YOU BETCHA! 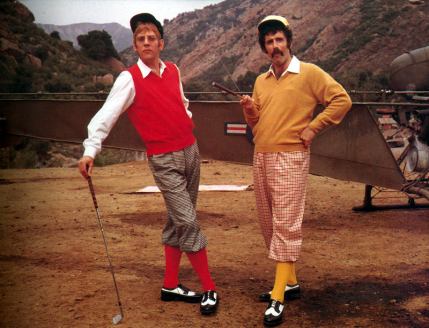 My thoughts: Four movies in, and I think I can finally say with confidence that I don’t really care for Robert Altman. I loved The Long Goodbye, but that was largely because of Elliot Gould,and I just didn’t get the appeal of Nashville or The Player. And now there is MASH to add to the list,which just might be my least favorite of all of his films thus far.

I have this image in my head of Donald Sutherland (Hawkeye) and Elliot Gould (Trapper John) standing behind me as I type this review, yelling things to me like, ‘buzzkill!’, ‘where’s your sense of humor?’ and ‘why are we here? What happened?’. Their imagined disappointment in me comes from the fact that I just didn’t think this movie was funny. Most of the jokes were about how hot the nurses were and how they wanted to have sex with the nurses, which, if you’re not an Animaniac, it’s just creepy to watch.

I can’t speak for the show, having never watched it ( I KNOW), but I was hoping for something along the same lines of being funny but also touching and dark at times. This movie was none of that. There was that one scene where Hawkeye and Trapper John saved a baby but they acted like such jackasses towards everyone that it ruined the moment.

Up next: Full Metal Jacket