Quick recap: A somewhat biographical story of the Baroness Karen Blixen, who goes to Africa and then later gets ‘out of Africa’. And also falls in love with Robert Redford, because didn’t we all at some point?

Fun (?) fact: In one scene, Meryl Streep (Blixen) had to fire at a lion. She was promised the lion would be restrained but he was not, so her fear is real. It’s kind of like when I think one of my cats is asleep next to me, only to find out they aren’t and I have left my feet uncovered. It never ends well. 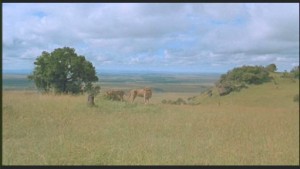 My thoughts: For a lady who ran a plantation  all by herself in Africa while surrounded by lions and war, Karen Blixon’s life onscreen is rather dull. If I had to attribute it to one thing, I think the reason the movie didn’t really resonate with me is that it is framed as an ‘epic romance’. I’m not saying that because I don’t really like romance movies, but because the story is about a woman’s life in Africa.I felt that there were many scenes that could’ve been grittier and shown more emotion. There were so many opportunities to show how fierce and strong she was, but instead we see that she struggles until Denys (Robert Redford) strolls up and saves the day and in the end, all that’s really been injured is Blixon’s hair. She also had Syphilis during the movie but I don’t think many people would consider that a fun adventure.

I could go into the offensive colonial mindset that was present throughout the film, but considering that’s how Blixon presented her world  in her writing, I suppose Out of Africa was accurate in that regard. I also liked Denys’ opposing viewpoint that the indigenous tribes were fully formed people who didn’t really need to be civilized. Blixon fought for workers to have their own land and not be split up so I’m glad she realized what was best.

I suppose I am contradicting myself a little bit, but what I loved most about Out of Africa was the gorgeous scenery when Denys and Blixon went on adventures and faced danger. It was beautiful and almost made me want to see the landscape up close. Almost. So while I didn’t find the action all that exciting, the scenery made up for it. 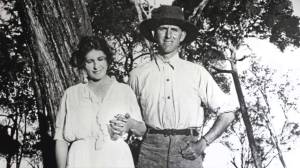 the real Karen and Denys

Final review: 2/5. Almost a 3, especially considering how much I loved Streep’s performance but in the end a 2 because it was so LONG.

Up next: Murder, My Sweet