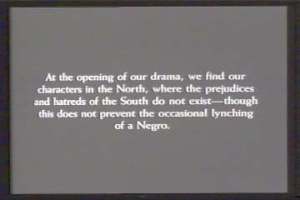 Alright, let’s just jump on in!

Fun (?) fact: This film was thought to be lost forever, until it was discovered in the 90s in Spain

My thoughts: A little over three years ago, this was the movie that broke me.I had just started this project and at the time, had decided to watch the films chronologically. This meant that the first 15 or so would be silent films, which I was cool with at first, but it soon managed to drain my entire soul and made me wonder why I I ever thought this would be a good idea. It wasn’t that Within Our Gates was a particularly bad film, but instead what broke me was that it was another film. With a change in direction and plenty of time separating the remaining silent films, I am glad I decided to hold off on this one until I could truly appreciate it for what it is.

What makes Within Our Gates so unique and important is not its plot or special effects, but instead its cast: all African- Americans. You know what movie was also popular around this time? Birth of a Nation, a movie that attempted to prove that black people weren’t ‘true’ people and couldn’t possibly have the intellect of other races. And then this film comes along, and turns that idea completely upside down. The main character is an educated school teacher, who only wants to do good in the world. She comes across a school for African-American children in the south, where it was very difficult to be black (and still is, but that’s another story for another time). The point of the movie is not just to tell a story, but to prove that all races are in fact equal and that all people deserve equal rights. This was in 1920, mind you, way before the Civil Rights movement started gaining momentum.

At times, it’s hard to tell where this movie is going. It felt like director Oscar Micheaux wanted to throw in every single problem African- Americans were facing without really building up much of a plot. Within Our Gates gets bogged down with issues at times, but considering how rare this sort of film was (and still is, honestly), it makes sense that he saw an opportunity to be heard and ran with it. 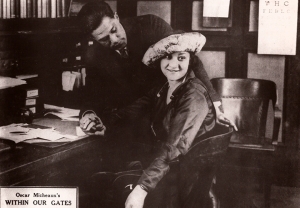 Final review: 2/5. No, I wouldn’t want to watch it again, but that doesn’t lessen the cultural impact or its worth in any way.

Up next: The Sound of Music