Quick recap: A photographer believes he has witnessed a murder as evidenced by close ups of photos he recently shot. 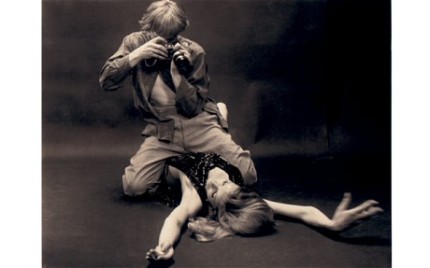 Watching Blow-Up gave me a newfound appreciation for Austin Powers

Fun (?) fact: Blow-Up features a performance by the Yardbirds, back when both Jimmy Page and Jeff Beck were still in the band. 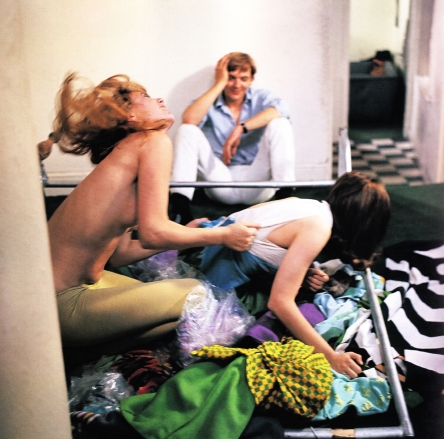 The movie also basically brought about the end of the Production Code. The rating system was installed a couple of years later.

My thoughts: As noted above, Blow-Up was a huge influence on the Austin Powers movies, which I always thought just parodied James Bond. And Coppola’s The Conversation, one of my favorites,also plays homage to this film. On paper, Blow-Up has everything I could ever want in a movie, yet I just didn’t care for it very much.

Although it wasn’t my cup of tea, Blow-Up is a beautiful, complicated film and one that I think people should try out. Each scene felt like its own set of photographs pieced together, from the antique shop to the analysis of the pictures to the party. Everything was woven together beautifully and it added to the mystery of whether or not Thomas witnessed a murder. Thomas himself I didn’t care for, but I don’t think I was meant to. It makes more sense for him to be a pretentious artist whose work is so important that it solves murders. I won’t give away what I think about the reality of the body, but one of my favorite quotes from the film says it all:

‘They don’t mean anything when I do them…just a mess. afterwards I find something to hang on to…like that leg. Then it sorts itself out and adds up. It’s like finding a clue in a detective story.’

I can’t put a finger on why the film didn’t do much for me, which is frustrating. It might be because it is slow moving or maybe because there is no resolution, sort of like Two-Lane Blacktop. Or it could just be because I hate mimes. At any rate, if I watched it again with an audience, maybe in a theater, I might have a different opinion.

Final review: 3/5, although it really is an essential film to watch

Up next: She’s Gotta Have It