Quick recap: It’s nothing but hijinks with the Marx Brothers! This time they get in on a money making scheme involving the opera. 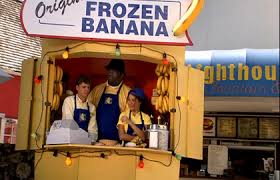 Someone should’ve clued them in

Fun (?) fact: Producer Irving Thalberg made the mistake of leaving the Marx brothers in his office for several hours while he went to various meetings. When he returned, he found Harpo, Chico and Groucho completely naked and roasting potatoes in his office. Defeated, he sat down, ate one of the potatoes and never did that again.

My thoughts: The other day, my 7 year old told me in no uncertain terms that he hated black and white movies. My husband had shown him The Day the Earth Stood Still several months ago and according to him, it was super boring. Like any good parent in this situation, I went about trying to prove my child wrong- if it was the last thing I did.

My initial plan was to start playing A Night at the Opera and as soon as my kid became restless or started terrorizing the cats, I would turn it off. Then I would note how long he had made it and that would be the deciding factor in how I reviewed this movie. I didn’t account for the fact that he would absolutely fall in love with the film. He seemed bored at first ( Groucho was his least favorite) but anytime Harpo appeared, everything was good. Some of my kid’s favorite scenes:

Groucho ordering all that food for the stowaways

Everyone piling into the cabin

Harpo playing the trombone with a violin bow 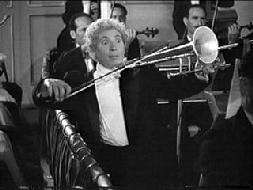 And on and on and on. My son ate it up! It didn’t matter that there was barely a plot or that there were a few slow numbers we could’ve done without, the comedy more than made up for it. Had I watched the movie alone, the curmudgeon in me probably would’ve given it just a couple of points. Seeing this through fresh eyes made me appreciate it so much more. I think what astounds me most is how there are so many tv shows and movies marketed to kids nowadays but sometimes it’s the simple stuff they love the most. And Harpo.

Up next: Once Upon a Time in the West