Quick recap: A group of actors and their movie studio go through a tough transition from silent films to ‘talkies’.

also lots of hijinks. Trust me on the ridiculous level of hijinks

Fun (?) fact: These crazy kids just gotta dance: Fred O’Connor was in bed for a week following his ‘Make ‘Em Laugh’ number, Gene Kelly performed a few numbers with a fever, and Debbie Reynolds was just a hot mess. Kelly criticized her constantly, making her cry on several occasions. I couldn’t confirm this but apparently Fred Astaire saw her crying one day and helped her with the dancing. 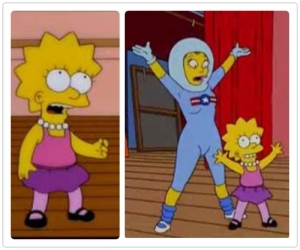 My thoughts: ‘I just love Gene Kelly so much,’ an older woman sitting next to me at the Alamo Drafthouse sobbed to no one in particular. I had gotten to the theater half an hour early so that I could watch the related clips the Drafthouse likes to show before each movie. It’s one of my favorite experiences at this particular theater and it always helps get into the right frame of mind before watching something new. Going early to the theater also gives me a chance to scan the crowd and try to sum up the core audience. Tonight there was a healthy mix of older people and young children. And this sobbing woman. She glanced over at me, hopeful perhaps for a sympathizer, but I was not the right person for that. I have never seen anything with Gene Kelly and after the disaster that was High Society, have not been the most keen to watch a 1950s musical. As with most movies of this caliber I was interested to see what the big deal was and especially why this woman would be so moved to tears.

Almost immediately, I could tell this was the movie for me. The humor was authentic and I found myself laughing out loud at many scenes (especially the scene during the ‘Dueling Cavalier’ when the audio messes up and Lina Lamont sounds like a man). And of course the dancing. Oh my god, the dancing. I could watch Gene Kelly and Donald O’Connor for hours. Is it too late to take up tap lessons? I, like most people, have seen the iconic ‘singing in the rain’ scene before and wondered what the fuss was about. It didn’t seem too difficult to pull off, but then again that’s why I am reviewing movies and not out at some studio practicing my plié. I see now how talented Kelly was (as well as O’Connor) and how much of their life was dedicated to this perfection. I quickly snuck a look at the sobbing woman, who was now literally sitting on the edge of her seat and silently mouthing the words to the musical number currently on the screen. It dawned on me that maybe this wasn’t some sort of schoolgirl crush but instead a pure admiration for dance. I could feel it a little now, also.

I didn’t fall in love with the music as much as the dancing and acting. The songs were catchy enough. In fact, I added ‘Singing in the Rain’ to my classroom playlist, although I don’t think my 3rd graders got as big a kick out of it as I did. But there was also a cheesy level that I couldn’t quite get past. Case in point, ‘Moses’. The song is a silly one, almost too silly for me to enjoy. ‘Good Morning’ I love for Debbie Reynold’s voice (if that was even her), but once again not very complex lyrically.

The movie ended and I was a little disappointed that there wasn’t more to watch. In the short hour and a half, I had become addicted to the constant motion and color. I dreaded leaving the theater, back to reality. Singin’ in the Rain is a perfect escape in many ways and as evidenced by the audience that night, means something very special to many people. I too was caught up in at all. I looked over at the sobbing woman, curious to see if she had the same disappointment as I did. She smiled at me serenely and walked down the aisle out the door.

Up next: Hearts of Darkness